This book examines radical political activity in the city of Cork in southern Ireland during the crucial decades of the 1820s and 1830s by excavating the political career of Thomas Sheahan (1797-1836), a local radical who played a key role in the politicisation of the city’s tradesmen. Sheahan was one of hundreds of local leaders who built the movements for 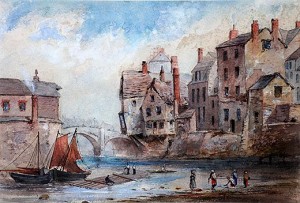 Catholic emancipation and Repeal, but he differed from most in that his central objective was the elimination of economic destitution rather than the elevation of liberalism or the Catholic middle class. He came from humble origins on the north side of the city, but his literary abilities led to his appointment in 1826 as editor of the important Cork Mercantile Chronicle. He maintained links with the shopkeepers and tradesmen of his locality and he was instrumental in establishing the Cork Trades Association during the cholera epidemic of 1832. The trades association played a critical role in the elections and its emergence threatened to divide the O’Connellite movement which had hitherto been completely dominated by the entirely middle class Chamber of Commerce faction.

This book accentuates the variegated nature of the O’Connellite movement and highlights the class tensions that often destabilised a fragile cross-class alliance. It also charts the growing politicisation of the Irish working class at local level in the early decades of the nineteenth century.

‘Fintan Lane’s concise and lucid biography opens a window on the world of local labour at the dawn of its first departure into politics…Lane succeeds in explaining his [Sheahan's] political evolution and the reasons why the Cork Trades Association were so totally behind the Repeal movement, despite O’Connell’s well-known opposition to trade unionism.’ – Emmet O’Connor in Irish Economic and Social History (2003).